In 1863 Mr Hans McCoubry Douglas (lic. Athlone) an agent of the Belfast Town mission, visited Carrickfergus and felt that there was a need for a church between Carrickfergus and Ballynure.  Woodburn Presbyterian Church was built on the Bryangtang Road in the area known as Aldoo, four miles north of Carrickfergus  and Mr Douglas was ordained as minister there on the 2nd January 1866.

Rev Douglas ministered there for forty three years and was responsible for building primary schools at Knockagh and Commons.  He retired in 1904 and died on 4th November 1915 aged 94 years.  In his later years he had an assistant the Rev Henry James Eakins who was installed as minister of Woodburn on the 16th April 1908 and resigned when called to Newmills, Co Tyrone on 28th June 1927. The Rev Samuel Hopkins, who was doing temporary duty in Katesbridge was called and installed on 24th February 1928.

In its early years the congregation had two hundred families but when the surrounding land was bought by the Belfast Water commissioners in 1903 that number was reduced by about 100.  The congregation has remained about the same since then.   When Rev Hopkins died suddenly on 6th June 1947, Rev John Mcfall  (lic. Coleraine) was called.   He was installed on 11th May 1948.  On the 1st July 1957 he was also installed in Loughmourne when the two churches became a joint charge.

Our present minister is the Rev Robert James Mccullough.  His home congregation is in Kells, County Antrim, home of the 1859 revival.  Before becoming the minister of Woodburn and Loughmourne in May 1990 he was Assistant Minister in Carnmoney Presbyterian Church.  Prior to that he served as the Summer Assistant  in the Dunlop Memorial Church and in Crumlin Road Prison.  He is a graduate of the Belfast College, Queen’s University, University of Ulster at Jordanstown and Union Theological College.

Woodburn Presbyterian Church was built in 1865

The names of the previous Ministers and the time they served in Woodburn are as follows;

On the 1st July 1947 the Rev. John McFall took joint charge of Woodburn and Loughmourne Presbyterian Church.  The union between the two churches has been very successful with the congregations continuing to support each other.

The following extract is taken from a local paper;

“The Way We Were”

The foundation stone of a new Presbyterian church was laid by the Woodburn Road at Slievetrue in July 1865.

A new meeting house was commissioned following the presentation of a petition to the Synod in Belfast calling for a place of worship to be provided in the area.

Campaigners argued that the catchment area for the new church would contain around 200 families, most of them Presbyterian.

With the site then three and a half miles outside Carrickfergus, it was argued that many had difficulty getting to church, particularly during the winter months.

The problem was said to have worsened on the death of scripture reader David weatherup, who had led prayers in local houses when bad weather or illness preventing residents attending services.

When the Synod gave the green light for the new church, land was donated free of charge by Lord Downshire on a hill with a long history of ecclesiastic importance.” 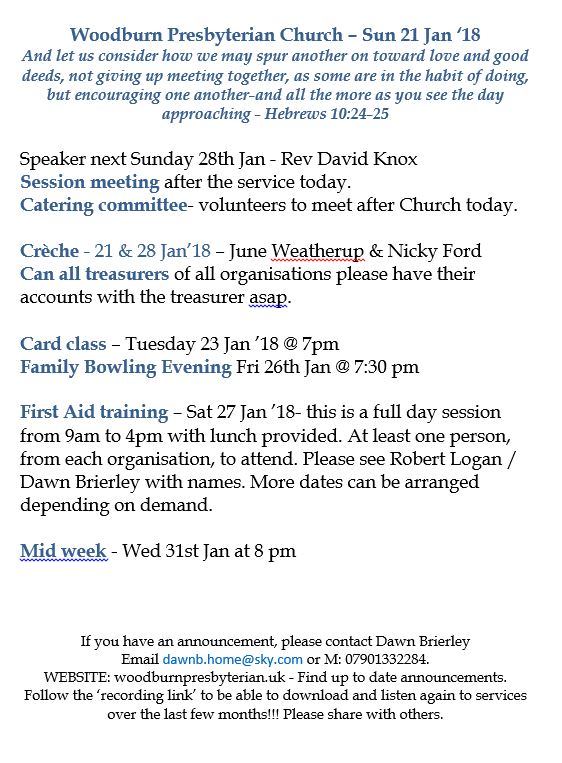